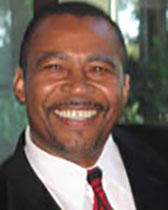 Ph.D., State University of New York, Stony Brook 1980. Areas of interest include social movements, theory, sociology of W. E. B. Du Bois, the civil rights movement, race, religion, social inequality and political sociology. His book, The Origins of the Civil Rights Movement, which received several prizes including the American Sociological Association Distinguished Contribution to Scholarship Award, emphasized the organizational and cultural basis of social protest. His current research extends that analysis to subsequent decades and regions in the U.S. He is co-editor of Frontiers in Social Movement Theory with Carol Mueller which has been translated into Chinese by The University of Peking Press. Morris is co-editor with Jane Mansbridge of Oppositional Consciousness: The Subjective Roots of Social Protest. Morris has published numerous articles covering his major areas of interests.

Morris is currently working on two projects. The first explores the role of W. E. B. Du Bois in the founding of American Sociology. Du Bois, he argues, was central in producing the first major empirical sociological studies in America and building the first school of American sociology.  This project explores the sociological, theoretical, and institutional factors responsible for Du Bois’ work being marginalized by the sociology profession.

Morris’ second project is a study of the civil rights movement that takes into account the new scholarship on northern civil rights movements. The central question guiding this study is how must the dominant scholarly narrative be changed and expanded in light of the new scholarship on northern movements. It seeks to formulate a comprehensive explanation of the national Civil Rights Movement.

The Scholar Denied: W.E.B. Du Bois and the Birth of Modern Sociology, University of California Press, 2015

“Theorizing Ethnic and Racial Movements in the Global Age: Lessons from the Civil Rights Movement” Sociology of Race and Ethnicity January 2015 vol. 1 no. 1 105-126.