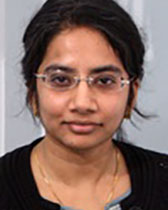 Monica Prasad's areas of interest are political sociology, economic sociology, and comparative historical sociology. She has written three award-winning books using comparative and historical methods to examine the political economy of the United States and Europe, including the history and divergent trajectories of welfare states, the rise of “neoliberalism,” and the origins of distinct patterns of economic growth in different countries and their consequences for redistribution.

Her scholarship has received the Fulbright award, the National Science Foundation Early Career Development Award, the Guggenheim Fellowship, and several other grants and awards.

The Land of Too Much: American Abundance and the Paradox of Poverty; Harvard University Press, 2012 -- data and calculations

The Politics of Free Markets: The Rise of Neoliberal Economic Policies in Britain, France, Germany, and the United States;University of Chicago Press, 2006

The Popular Origins of Neoliberalism in the Reagan Tax Cut of 1981; Journal of Policy History; Cambridge University Press, 2012

The Origins of Tax Systems; With Kimberly J. Morgan; American Journal of Sociology, 2009

Symposium on the Politics of Free Markets; ASA Political Sociology, 2007

Why Is France So French?; American Journal of Sociology, 2005

Data and Calculations for Starving the Beast

Data and Calculations for Land of Too Much

Interviews for "Walking the Line" article