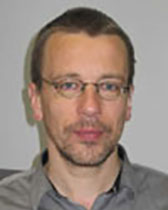 After my degree from the Doctoral Program in Anthropology and History at the University of Michigan, I moved to England for a three-year postdoctoral position in the Contemporary China Studies Program at the University of Oxford. I am working with Chinese-speaking Muslim activists in Beijing and in northwestern China to study education reform at Muslim schools, translation, and the publication of Muslim periodicals from the nineteen- nineties to the present. Currently I am studying a Chinese novelist who was one of the first Red Guards (in fact, he coined the term Red Guard), but then turned to Islam in the nineteen-eighties. I am bringing Nietzsche to the context of Muslims in China to study creating ethical meaning in an authoritarian state as politically relevant self-fashioning. I am coming to Northwestern University as a Visiting Assistant Professor and will teach in my first year courses in Sociology and Anthropology.