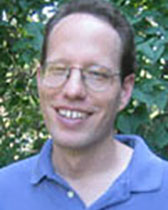 Lincoln Quillian received his Ph.D. from Harvard in 1997 and formerly was on the faculty at the University of Wisconsin. His past work includes studies of neighborhood poverty concentration, internal migration, racial residential segregation, and racial attitudes.

His current work is focused primarily on two projects.  The first project is a meta-analysis of audit and correspondence studies of racial and ethnic discrimination in labor markets around the world.  The second project analyzes residential mobility patterns to better understand the sources of racial and economic residential segregation in American cities.

Quillian, Lincoln, Devah Pager, Ole Hexel, Arnfinn Midtbøen.  2017.  “Meta-Analysis of Field Experiments shows No Change in Racial Discrimination in Hiring Over Time.”  The Proceedings of the National Academy of Sciences of the United States of America 114(41): 10870-10875. (Open access)

Walking the Talk? What Employers Say Versus What They Do
With Devah Pager; American Sociological Review, 2005