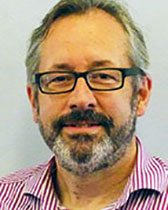 At Northwestern, Carruthers is involved in the graduate Comparative Historical Social Science (CHSS) program and the Kellogg-Sociology Joint-PhD program.

His current research projects include a study of the historical evolution of credit as a problem in the sociology of trust, regulatory arbitrage, what modern derivatives markets reveal about the relationship between law and capitalism, the adoption of “for-profit” features by U.S. museums, and the regulation of credit for poor people in early 20th-century America. He has had visiting fellowships at the Russell Sage Foundation, the Radcliffe Institute for Advanced Study, the Wissenschaftskolleg zu Berlin, the Library of Congress, and the Swedish Collegium for Advanced Study, and received a John Simon Guggenheim Fellowship. He is methodologically agnostic, and does not believe that the qualitative/quantitative distinction is worth fighting over. Northwestern is Carruthers’ first teaching position.

City of Capital: Politics and Markets in the English Financial Revolution
Princeton, 1996

Rescuing Business: The Making of Corporate Bankruptcy Law in England and the United States
Oxford, 1998

Accounting for Rationality: Double-Entry Bookkeeping and the Rhetoric of Economic Rationality
With Wendy Nelson Espeland; ASA, American Journal of Sociology, 1991

A Sociology of Bubbles
Contexts, 2009

The Color of Money and the Nature of Value: Greenbacks and Gold in Postbellum America
With Sarah Babb; The American Journal of Sociology; The University of Chicago Press, 1996

The Social Structure of Liquidity: Flexibility, Markets, and States
With Arthur L. Stinchcombe; Theory and Society, 1999