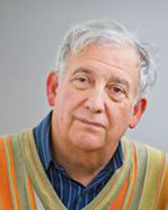 Gary's current research has four distinct streams. He is interested in understanding difficult reputations and problematic collective memories of figures such as Joseph McCarthy, Charles Lindbergh, Warren Harding, and Benedict Arnold. This research was most recently published in Sticky Reputations: The Politics of Collective Memory in Midcentury America (2012). His current research involves shifting reputations and political positions of Southern segregationist politics and the examination of ruptures in political alliances.

As an ethnographer he has recently published a book (Players and Pawns) on worlds of competitive chess, examining the development of status systems and reputation markets. He currently has a book in press on how visual art students receive professional socialization, through identity work and presentations of aesthetic intentions. His current ethnographic project involves observations of senior citizen progressive activists and the way in which history and experiences shapes social movements.

His third stream of research involves the interpretation of rumor and contemporary legend, particularly political and economic rumor. Fine is the author of The Global Grapevine: Why Rumors of Terrorism, Immigration and Trade Matter (2010).

Finally, he writes on microsociological theory, focusing on small group culture, and has recently published Tiny Publics: A Theory of Group Culture and Action (2012). He is currently working on a book, The Hinge, about the role of small groups in civil society.

Authors of the Storm: Meteorology and the Culture of Prediction
Chicago Press, 2010

Whispers on the Color Line: Rumor and Race in America
(with Patricia Turner), Chicago Press, 2004

The Sociology of the Local: Action and its Publics
Sociological Theory, 2010