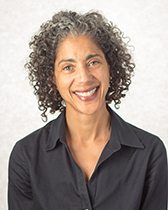 Mary Pattillo’s areas of interest include race and ethnicity, urban sociology, inequality, housing, education, criminal legal studies, Black communities, and qualitative methods. The city of Chicago offers an abundance of opportunities for research and activism and Pattillo strives to be an expert in Chicago history, politics, and social life. In her first book, Black Picket Fences (University of Chicago Press, 1999), Pattillo investigates the economic, spatial, and cultural forces that affect child-rearing and youth socialization in a black middle-class neighborhood on Chicago's South Side. In her second book, Black on the Block (University of Chicago Press 2007) focused on gentrification and public housing transformation in North Kenwood - Oakland on Chicago's South Side. The book develops the concept of "middlemen" and "middlewomen," the roles that black professionals play in working alternatively to mediate or exacerbate racial and class inequality. Other projects in Chicago and Illinois include a study of how Black parents negotiate school choice and how families make housing choices, and research on the system of monetary sanctions—fines, fees, and other financial penalties—in the criminal legal system. Outside of Chicago, Pattillo co-edited Imprisoning America: The Social Effects of Mass Incarceration (Russell Sage, 2004) and has studied the Black middle class in Latin America, and is working on a new research paradigm called “Black Advantage Vision.”

Black on the Block: The Politics of Race and Class in the City
University of Chicago Press, 2007

Sociologists Backstage: Answers to 10 Questions about What They Do
Editors, Nikki Jones and Sarah Fenstermaker; New York: Routledge, 2010

Extending the boundaries and definition of the ghetto. Ethnic and Racial Studies 26:1046-57. 2003