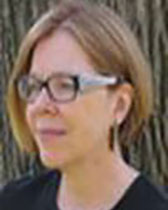 Professor Wendy Espeland works in the areas of organizations, culture, and law. Her book, The Struggle for Water: Politics, Rationality and Identity in the American Southwest was awarded the Best Book Prize by the Culture Section of the American Sociological Association, the Rachel Carson Award from the Society for the Social Studies of Science, and the Louis Brownlow Book Award from the National Academy of Public Administration.

Espeland is currently writing a book about the effects of commensuration, the process of translating qualities into quantities. In it she investigates how media rankings have influenced higher education, how efforts to measure homosexuality have shaped gay and lesbian politics, and the commensurative practices necessary in order to transform air pollution into a commodity that is traded on futures markets.

SOCIOL 376: The Politics of Scarcity


The Struggle for Water: Politics, Rationality, and Identity in the American Southwest
University Chicago Press, 1998

A Sociology of Quantification (with Mitchell Stevens), European Journal of Sociology, 2009