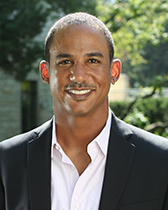 Quincy Thomas Stewart is an Associate Professor of Sociology at Northwestern University. He is interested in the dynamic processes that create inequalities in socioeconomic status, health and mortality. Stewart has published on quantitative methods for studying inequality, the estimation of mortality, and on racial and ethnic disparities in socioeconomic status, health and mortality.

Is it Race, Immigrant Status, or Both? An Analysis of Wage Disparities among Men in the United States
With Jeffrey C. Dixon; International Migration Review, 2010