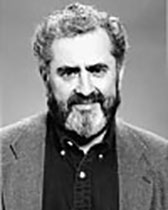 Professor, Ph.D., Princeton University, 1963. Beck studied welfare in Scandinavia and taught at Stanford before coming to Northwestern in 1965. He has written on welfare, films, and theatrical activity. He also served as president of the Society for the Study of Social Problems, and is now engaged in research on the theater, especially the issue of how actors and other artists deal with inactivity. Publications include his SSSP presidential address, "On the Politics of Speaking in the Name of Society," "The Military as a Welfare Institution," "The Limits of Deinstitutionalization," and "Welfare as a Moral Category.