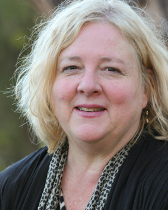 Ann Orloff’s research and publications focus on gendered social policies and feminist politics in the developed world. Orloff is the co-editor of Remaking Modernity: Politics, History and Sociology (with Julia Adams and Elisabeth Clemens; Duke, 2005) and the author of States, Markets, Families: Gender, Liberalism and Social Policy in Australia, Canada, Great Britain and the United States (with Julia O'Connor and Sheila Shaver; Cambridge, 1999). Her most recent book is Many Hands of the State: Theorizing Political Authority and Social Control, co-edited with Kimberly Morgan (Cambridge University Press, 2017). She is completing a manuscript, Farewell to Maternalism, Toward a Gender-Open Future? Transformations in Gender, Employment and Social Policies, in which she examines changes toward support for maternal employment in welfare and employment policies in the U.S. and Sweden over the last half century. She has worked collaboratively with a number of students and other scholars on publications examining feminist politics, inequality and social policies.

Orloff is the founder of Social Politics: International Studies in Gender, State and Society, and past President of the Social Science History Association and of RC 19, the Research Committee on Poverty, Social Welfare and Social Policy of the International Sociological Association. She has held visiting fellowships at the Center for Advanced Study in the Behavioral Sciences at Stanford, Sciences Po (Paris), the Institute for Future Studies (Stockholm), the Australian National University (Canberra) and Russell Sage Foundation; she has received fellowships from the German Marshall Fund, ACLS and AAUW. At Northwestern, she is active in the Gender & Sexuality Studies Program and the Comparative and Historical Social Science cluster.

SOCIOL 476: Comparative and Historical Approaches to Political Analysis Focus: The Many Hands of the State Syllabus

The Politics of Pensions: A Comparative Analysis of Britain, Canada and the United States, 1880s-1940. University of Wisconsin Press 1993.

The Politics of Social Policy in the United States (with Margaret Weir and Theda Skocpol) Princeton University Press, 1988.

“Should Feminists Aim for Gender Symmetry?:  Why the Dual-Earner/Dual-Carer Model May Not Be Every Feminist’s Utopia,” pp.129-160 in Gender Equality: Transforming Family Divisions of Labor, edited by Janet Gornick and Marcia Meyers.  New York:  Verso, 2009.

Gendering the Comparative Analysis of Welfare States: An Unfinished Agenda. In Sociological Theory 27(2009):317-343.

From Maternalism to “employment for all:” State policies to promote women’s employment across the affluent democracies. In The State after Statism, ed. J. Levy, 230-68. Cambridge: Harvard University Press, 2006. Available online as an IPR working paper.